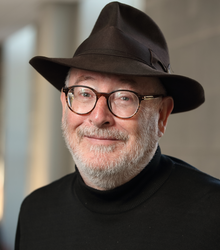 Professor Dukes’ research is in experimental Elementary Particle Physics where he has worked on experiments at several major accelerator laboratories in the world, and held visiting positions at: Brookhaven National Laboratory, CERN Lab in Geneva, Switzerland, Lawrence Berkeley National Laboratory, and the SSC. He is currently the head of the Frontier Physics Group at the University of Virginia.

Professor Dukes’ current research lies in two experimental areas: elucidating the source of the slight asymmetry between matter and antimatter in the universe, or CP violation; and discovering dark matter. CP violation is thought to be responsible for the nearly absolute asymmetry between matter and antimatter in the universe, indeed why there is any matter at all in the universe.  By far the largest contribution to the mass of the universe is dark matter, which we know must exist from its gravitational interactions, but of which we know little else.

Professor Dukes is presently engaged in two Fermilab flagship experiments, NOvA and Mu2e, one Stanford Linear Accelerator Center (SLAC) experiment, LDMX, and an experiment design to search for hidden chambers in the Great Pyramid (Khufu), EGP.  NOvA, a long-baseline neutrino experiment, among other things, will search for matter-antimatter asymmetries in neutrinos. The NOvA detector, one the largest ever built, is sited in woods of northern Minnesota. It is currently taking data and publishing seminall physics results.  It  will remain one of the leading neutrino experiments in the world until well into this decade. Dukes’ group built the NOvA power distribution system, designed the detector control & monitoring system, and built and installed the Block Instrumentation System.  Dukes long served as co-head of the NOvA Exotics Group, which among other things is performing a search for magnetic monopoles with unprecedented sensitivity.  He also is the Institutional Board representative for the UVA Group.

Mu2e will search for new physics through lepton-number violation: that is, muons decaying into electrons without any associated neutrinos. This is an example of a relatively low energy experiment probing energy scales unattainable by any existing or proposed accelerator-based experiment.  Dukes serves as head of one of the three detector groups, the Cosmic Ray Veto group, the fabrication of which is the largest undertaking ever by the High Energy Physics group at UVA.  Dukes also serves as head of the Mu2e Institutional Board.

Finally, Dukes is collaborating with a small team to search for hidden chambers in the Great Pyramid of Khufu.  Using the novel detector technology his group developed for the Mu2e Cosmic Ray Veto detector, they have designed a detector that should be able to resolve chambers with an order of magnitude greater resolution than that of the 2017 search by a French-Japanese team. 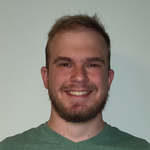 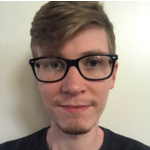 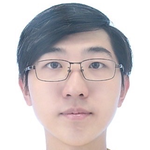 • Using Particle Physics to Search for Hidden Chambers in Pyramids
Professor Dukes, research scientist Ralf Ehrlich, and undergraduate student Sydney Roberts are embarked on two archeology projects to search for hidden structures in the Great Pyramid of Khufu ......More >
• Craigs' Group Work Highlighted in Cavalier Daily Article
From The Cavalier Daily: University physicists are beginning to make their mark on two multi-million dollar experiments in particle physics by contributing their ......More >
• Craigs' Group Mu2e Work Highlighted in UVAToday
Work by the Dukes and Group group on a major experiment at Fermilab to search for neutrino-less muon to electron conversion is highlighted by UVAToday with a photo spread.  From UVA ......More >
• UVa Physicists Probing Ever Deeper Into The Stuff Of The Universe
UVAToday has a nice article highlighting UVa's contributions to recent results in particle physics:   University of Virginia physicists have recently ......More >
• Craigs' Group NOvA Homework
From UVA Today: University of Virginia physicists are playing a key role in one of the world’s largest physics experiments, a nearly $300 million project called ......More >
• Dukes Describes Cosmic Pain
According to Prof. Craig Dukes, "Cosmic rays can be a real pain."  Dukes contributed a Fermilab "News at work" article discussing the work that he and his collaborators ......More >
• NOvA shines new light on how neutrinos behave
NOvA issued a press release and announced new results on the disappearance of muon neutrinos at the 38th ......More >
• Dukes' NOvA Work Highlighted in A&S Magazine
From the Fall 2011 Arts and Sciences Magazine, "Toward a New College":"Without this asymmetry, without this slight abundance of matter over antimatter, there would be nothing," says Craig ......More >
• Dukes' NOvA Work Highlighted in UVaToday
One of the great and fundamental questions in physics is: Why is there matter? Physicists theorize that in the instant after the Big Bang created the makings of the universe, there were nearly ......More >