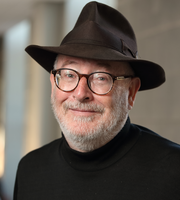 One of the great and fundamental questions in physics is: Why is there matter? Physicists theorize that in the instant after the Big Bang created the makings of the universe, there were nearly equal amounts of matter and anti-matter, protons and anti-protons, neutrons and anti-neutrons. They should have annihilated each other, resulting in ... nothing.

Instead, for some reason, more matter was created than anti-matter, and the universe was born.

"Without this asymmetry that occurred, without this slight abundance of matter over anti-matter, there would be nothing," said Craig Dukes, a physicist in the High Energy Physics Laboratory in the University of Virginia's College of Arts & Sciences. "The universe would be a boring place. There would be no stars, no planets, no people, no books. There would be no filet mignon."