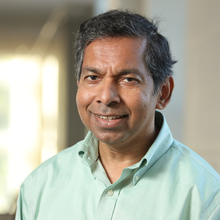 In the so called confinement region quarks interact strongly to form protons and neutrons. Understanding the structure of the nucleon in the confinement region in terms of Quantum Chromo Dynamics (QCD), the fundamental theory governing the strong interaction between quarks, presents a great challenge to physicists. Professor Liyanage´s research is focused on understanding the neutron structure. He is the principal spokesperson of a recently completed Jefferson Lab experiment, E01-012, that performed a precision measurement of the neutron spin structure in the nucleon resonance region. This measurement provides the most precise neutron spin structure data in the resonance region, and will allow a precision test of spin-flavor dependence of quark-hadron duality. Quark-hadron duality is the remarkable equivalence of nucleon behavior in two distinct kinematic regions, the Deep Inelastic Scattering region (DIS) and the nucleon resonance region. In the DIS region the quarks are almost free of each other and the observations are well described in terms of QCD. In the resonance region the behavior is governed by quark confinement. Thus, understanding the basics of quark-hadron duality may be a crucial step in the quest to understand the nucleon structure in terms of QCD.

A new spectrometer was recently added to the Jefferson Lab experimental Hall A. This device, nick-named BigBite due to its large acceptance, will bring new and exciting physics capabilities to Jefferson Lab. BigBite increases the solid angle acceptance available in experimental Hall A by a factor of 10 enabling a new generation of exciting experiments. Professor Liyanage is leading research and development, design, and construction of a set of precision wire chamber detectors to instrument the BigBite spectrometer. 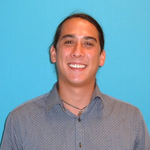 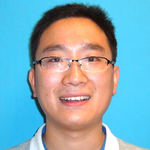 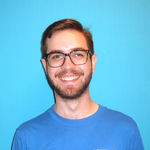 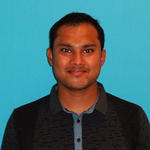 • New Clues to the Proton Puzzle
UVa Physics professor Nilanga Liyanage and his colleagues in the PRad collaboration have made a new measurement of the proton's radius.  Other experiments have arrived at two ......More >