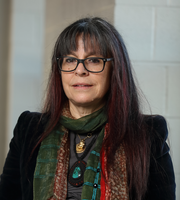 The following article describes the APS Conference for Undergraduate Women in Physics (CUWiP), hosted by UVa in January 2018. 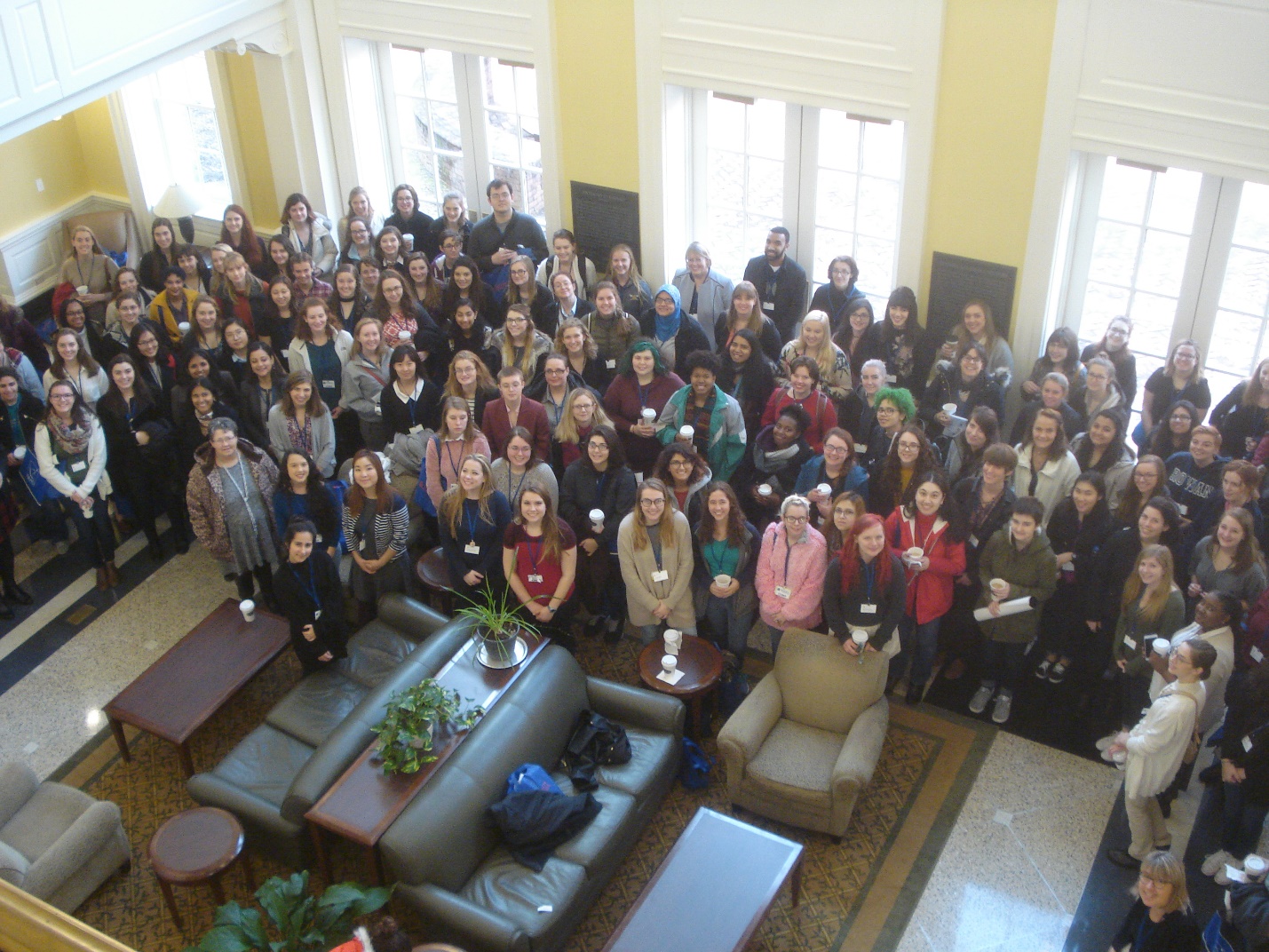 The University of Virginia grounds buzzed with excitement over the Martin Luther King Jr. weekend as hundreds of female physics enthusiasts came together with shared goals in mind: to foster camaraderie, find inspiration in each other, and look towards the future of the field.

This year was UVa’s turn to host one of the annual Conferences for Undergraduate Women in Physics (CUWiP). Sponsored by the American Physical Society, UVa’s CUWiP was one of twelve sister conferences held simultaneously across the United States. The conferences aim to cultivate community among female undergraduate physics majors, who earn only ~19% of conferred degrees, a number that has been in decline over the past decade (APS Education Statistics, 2015). The conference was organized by UVa physics professor Simonetta Liuti, as well as a large team of faculty, staff, and students across multiple departments.

A special pre-event, SPIN-UPx, was also held at UVa to promote diversity in Science, Technology, Engineering and Mathematics (STEM). This event, led by Rachel Spraker (Compliance Director for Equality and Affirmative Action at UVa), supported the inclusion of members of racial, ethnic, gender and sexual minorities; students with physical, mental, and learning disabilities; first-generation college students and those from low income backgrounds.

One hundred thirty-nine undergraduates from forty-four colleges and universities across Virginia, West Virginia, North Carolina, Kentucky, Tennessee, Maryland, New Jersey, and even Nova Scotia came to discuss future careers, talk about hot research topics, and forge new connections. Female graduate students, professors, researchers, lab directors and other professionals were there to give their personal advice on how to succeed in physics. 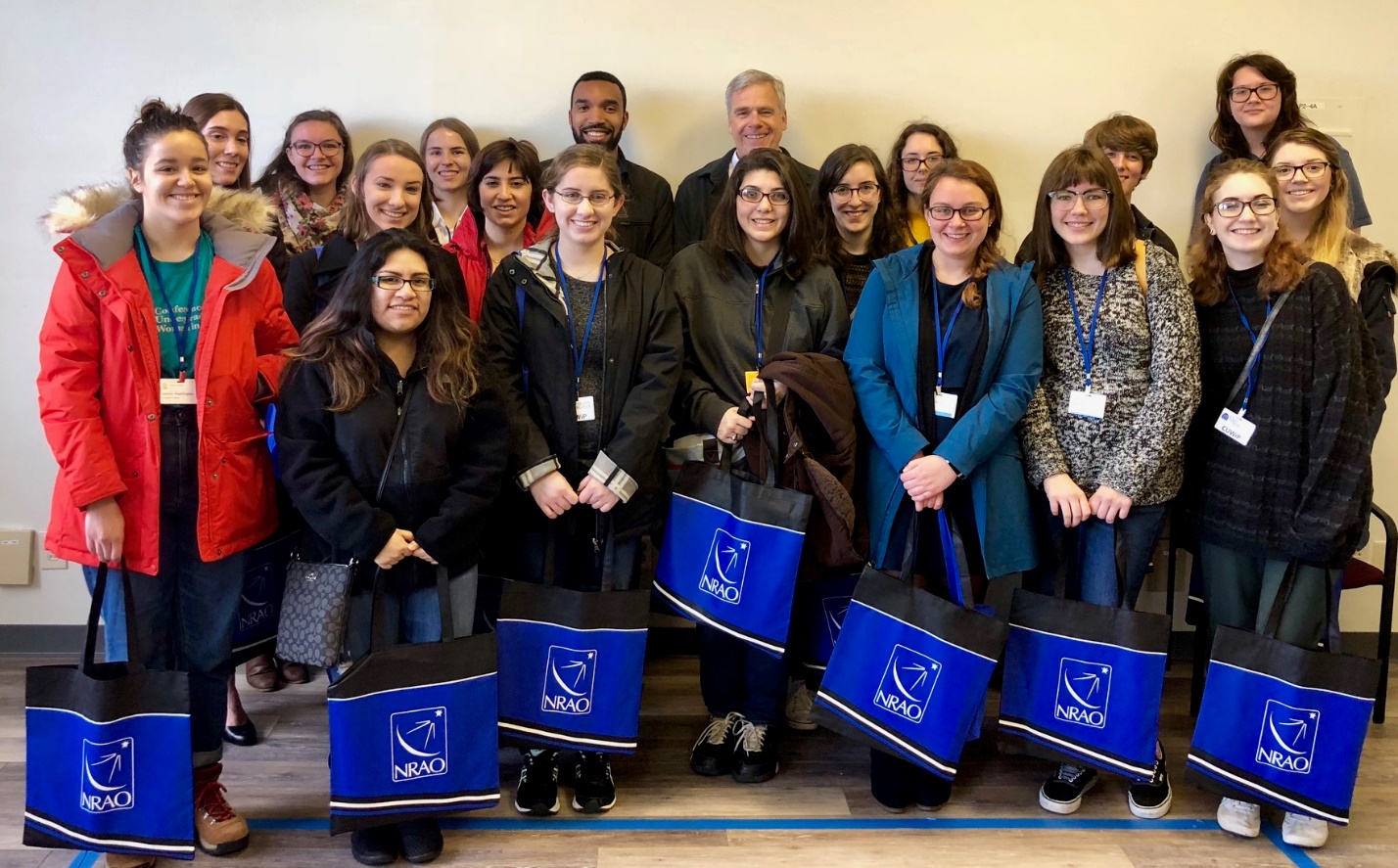 One highlight of the conference was a morning of laboratory tours. Included were the UVa physics department (Condensed Matter Physics: Prof. Despina Louca, Nuclear Physics: graduate student Chris Jantzi, High Energy Physics: Prof. Craig Dukes, Atomic Physics: Prof. Tom Gallagher), a discussion of Nuclear Theory by graduate student Abha Rajan, as well as tours of the Materials Science Department, the National Radio Astronomy Observatory headquarters, and UVA’s medical facilities. For example, Dr. Krishni Wijesooriya led a tour of the Emily Couric Cancer Center while teaching students about the physics behind radiation oncology. The group got a sneak-peek at life in the center by meeting staff, examining the technology, and even watching as a patient was imaged by a CT scanner. Dr. Wijesooriya talked about some of her own innovations in the field of medical physics, and encouraged the visitors to “think big”: after all, she noted, Marie Curie won not just one, but two Nobel Prizes for her work in physics and chemistry.

Clearly, the undergraduates were already thinking big, which they proved at Saturday’s poster session. Thirty-two research posters were presented, detailing projects in particle physics, biological physics, astrophysics and condensed matter. During the session, not only were the presenters able to improve their research communication skills, but the other attendees also had the chance to learn how to get involved in undergraduate research. The first-place poster prize went to Kayla Callaway of Rowan University for her research entitled “Tunable CdS quantum dots synthesized by reverse micelles.” 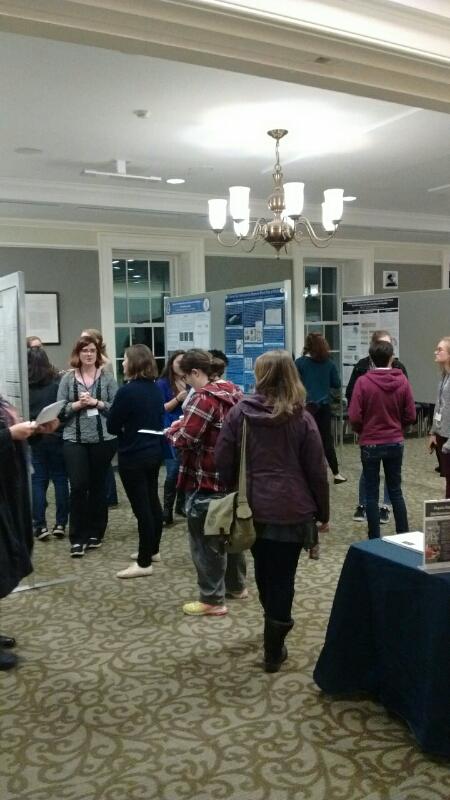 Other memorable components of the conference included talks by established professionals in physics and astronomy fields. Keynote speakers Prof. Elizabeth H. Simmons (Executive Vice Chancellor, UC San Diego) and Prof. Shohini Ghose (Wilfrid Laurier University) shared their personal journeys and paid homage to great, yet under-recognized, female physicists of the past. Prof. Ghose told the story of Cecilia Payne-Gaposhkin, who discovered that the Sun was primarily composed of hydrogen and helium but whose conclusion was not believed until her male colleagues confirmed the result.

Many speakers at the conference shared their own stories of how they overcame challenges. Dr. Kelsey Johnson, who spoke on Saturday, is the picture of success for an astronomer. To name a few of her accomplishments, she has made notable discoveries in the field of star formation, is on the advisory committee for the upcoming James Webb Space Telescope, and teaches highly popular astronomy classes at UVa. At CUWiP, however, she revealed that her path was not easy. Professor Johnson grew up very poor – the “not knowing if there will be heat or electricity or a working toilet kind of poor,” she explained. In poverty, and with a single mother, studying astrophysics was not the most obvious of career choices. However, she shared that the hardships in her life made her determined to figure out her place in the universe. Her story clearly struck a chord with the audience. “I loved how she emphasized that through struggle comes great strength, and rather than allowing setbacks or struggles to define you, you can use them to motivate you to do better and be better,” said first year UVa physics major Sydney Macon. 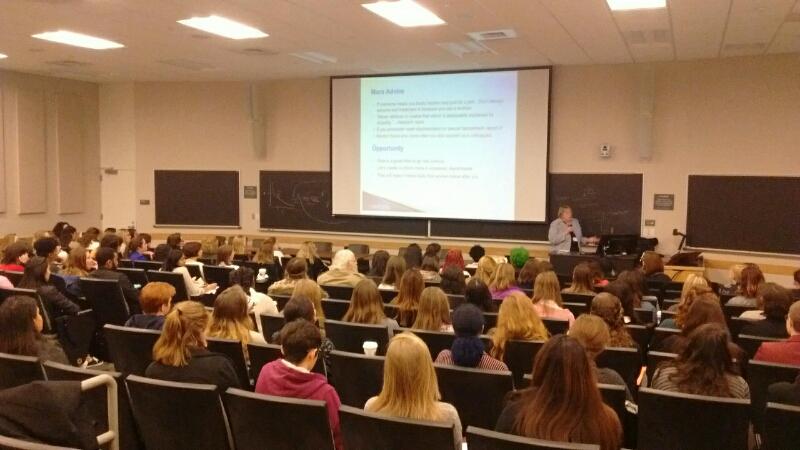 Talk given by Gail Dodge, Dean of the College of Sciences at Old Dominion University and
researcher at the Thomas Jefferson National Accelerator Facility. (Photo by Bryan Wright)

On Sunday, CUWiP attendees had a chance to discuss their own successes, setbacks and aspirations in small ‘breakout sessions.’ These included discussions about coping with imposter syndrome, maintaining a work-life balance, finding research opportunities, and many more. The sessions found a balance between acknowledging the issues facing women in physics fields and developing strategies to achieve career goals, overcome set-backs, maintain a positive attitude and move past difficulties during the course of one’s career. 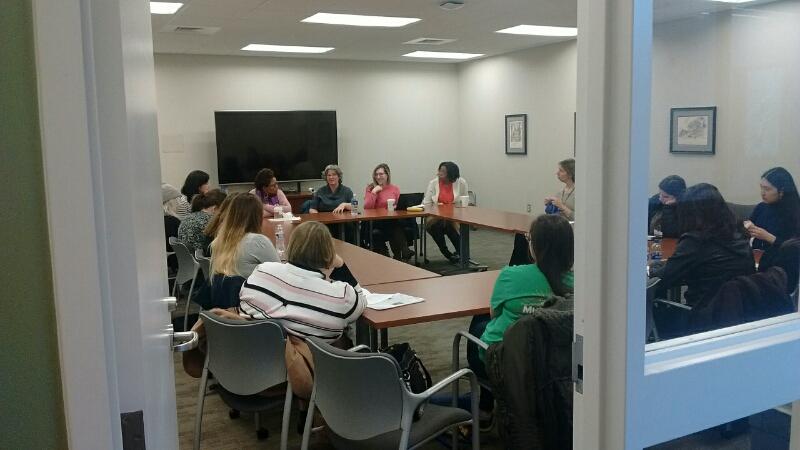 Stephanie Moore, of UVa's Curry School of Education, leading a session on Resilience and Work-Life Balance.  (Photo by Bryan Wright)

Overwhelmingly positive feedback from both attendees and invited speakers suggests that the conference was a huge success, inspiring and supporting young female physicists across the mid-Atlantic region. Undergraduate students left CUWiP having forged new connections, gained advice, and drawn inspiration from the personal stories of many successful women. Megan Kenny, a second year astrophysics major at UVa, spoke highly of the experience: “I found the conference really empowering in that the talks, discussions, and activities collectively explored the advantages of being a woman in the field as much as the difficulties, showed the spectrum of paths that one can take after a physics degree, and gave us attendees confidence in driving our own careers and making whatever decisions feel right.”

After the success of the conference, the CUWiP organizing committee will continue to work towards increasing diversity in physics. If you have questions, comments, or ideas, please e-mail cuwip@Virginia.edu. Here’s to a future of equal opportunities, mutual support, and innovation in physics.

Acknowledgements: CUWiP with SPIN-UPx was organized by a multi-disciplinary group of faculty and students at UVa spanning the departments of Physics, Astronomy, Materials Science and Engineering, and the National Radio Astronomy Laboratory. CUWiP sponsors include the National Science Foundation, the Department of Energy, UVa’s Department of Physics, the Society for Physics Students, Sigma Xi, Jefferson Science Associates, LLC, Old Dominion University Department of Physics, the Department of Materials Science and Engineering, the Office of Diversity and Engagement in the School of Engineering and Applied Science, UVa’s Astronomy Department, the National Radio Astronomy Laboratory, UVa’s Parents’ Fund, and New Sky Capital (Dr. Stefania Perrucci). We thank all of our academic and industrial speakers who volunteered time to speak at SPIN UPx and CUWiP.

More information about the event, such as speakers, sponsors, and a photo gallery, can be found at http://cuwip.phys.virginia.edu.

Martine Lokken is a 4th-year Astronomy-Physics major at the University of Virginia. She intends to start graduate studies next year in the field of theoretical cosmology.