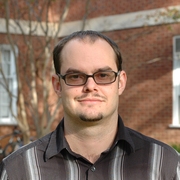 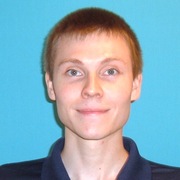 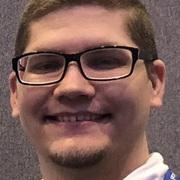 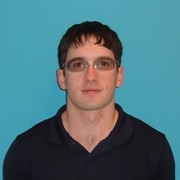 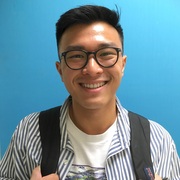 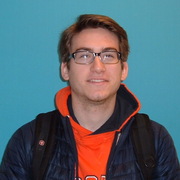 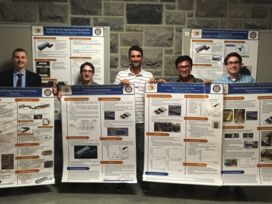 On August 13-18 the 20th International Workshop on Neutrinos from Accelerators was held at Virginia Tech.  The UVA HEP group took advantage of proximity to UVA and attended in full force, taking 6 poster and giving 4 talks.  Prof. Craig Group convened the Muon Physics Working group and presented an Introduction and Summary of this physics in the conference plenaries.  Joining him on the trip were two graduate students and four undergraduate students.  There were six posters documenting the group’s efforts toward designing, prototyping, and fabricating a cosmic ray veto system for the Mu2e experiment at Fermilab.  (see image: Graduate student Steve Boi, and undergraduates Ben Barton, Danny Mills, Ningshun Chen, and Peter Farris – from left to right. Not shown in the photo is Andrew Sutton, a graduate student who presented a poster regarding his work on the NOvA experiment.)