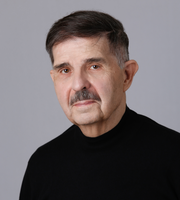 From The Daily Progress:

A team of scientists that includes a group from the University of Virginia may have seen a glimpse of a subatomic particle that, in theory, is the key to holding together everything from atoms to airplanes.

Scientific teams experimenting during the past two years at the Large Hadron Collider in Europe are reviewing data that could indicate the existence of the Higgs particle, a theoretical unit nicknamed âthe God particleâ that is believed to give mass to other subatomic particles.

"This is a very exciting time for those of us working at the LHC," said Brad Cox, a professor of physics in the University of Virginia's College of Arts & Sciences and principal investigator for U.Va.'s Compact Muon Solenoid Detector experiment at the Large Hadron Collider. "We are perhaps seeing the first evidence for the Higgs particle. However, we do not want to get ahead of ourselves. Statistically, what we are seeing could be a fluctuation of backgrounds, meaning there is still considerable uncertainty if what is observed is really the Higgs particle. However, what we see so far is exciting. By this time next year we should have conclusive evidence, pro or con, about the structure that we are seeing."