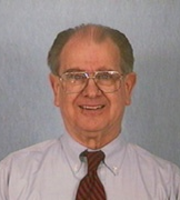 The Deaver Scholarships were established to honor Bascom S. Deaver, a retired physics department professor, and are awarded to students who have declared or are intending to pursue an undergraduate major in physics. They are competitive and awarded annually by the department to rising third or fourth year students. Winners are selected based on academic performance and demonstrated interest in pursuing the study of physics.

The Deaver scholarships are competitive. They are awarded annually by the Physics Department as academic year support for declared physics majors in their 3rd and 4th years.

You are eligible if you are a declared physics major currently completing your 2nd or 3rd year. The selection process will be based on what you write on this application and a current academic SIS transcript.

Typical award amounts will be in the range $5,000 to $10,000 as resources allow. We expect to award several scholarships for the next academic year. The application deadline this year is July 1.