"What is the temperature of an ultra-cold Rydberg plasma?"

In this talk, I'll report on a systematic experimental and numerical study of the electron temperature in ultra-cold plasmas which evolve from samples of cold Rydberg atoms. Specifically, we have measured the asymptotic expansion velocities of ultra-cold plasmas (UNPs) which evolve from cold, dense, samples of Rydberg rubidium atoms using ion time-of-flight spectroscopy. From this, we have obtained values for the initial plasma electron temperature, as a function of the original Rydberg atom density and binding energy. We have also simulated numerically the interaction of UNPs with a large reservoir of Rydberg atoms to obtain data to compare with our experimental results. We find that, for n > 40, the electron temperature in the Rydberg plasma is insensitive of the initial ionization mechanism which seeds the plasma. Instead, it is determined principally by the plasma environment when the UNP decouples from the Rydberg atoms at the end of the avalanche regime, and this occurs when the plasma electrons are too cold to ionize the remaining Rydberg population. On the other hand, plasmas from Rydberg samples with n < 40 evolve in a different manner. There is very little additional ionization after the plasma reaches threshold as the electrons in the plasma have insufficient energy to ionize the parent atoms. Consequently, the only significant interaction between the plasma and the parent atoms causes the Rydberg atoms to be de-excited, and the electron temperature equilibrates at a fraction of the initial Rydberg atom binding energy. 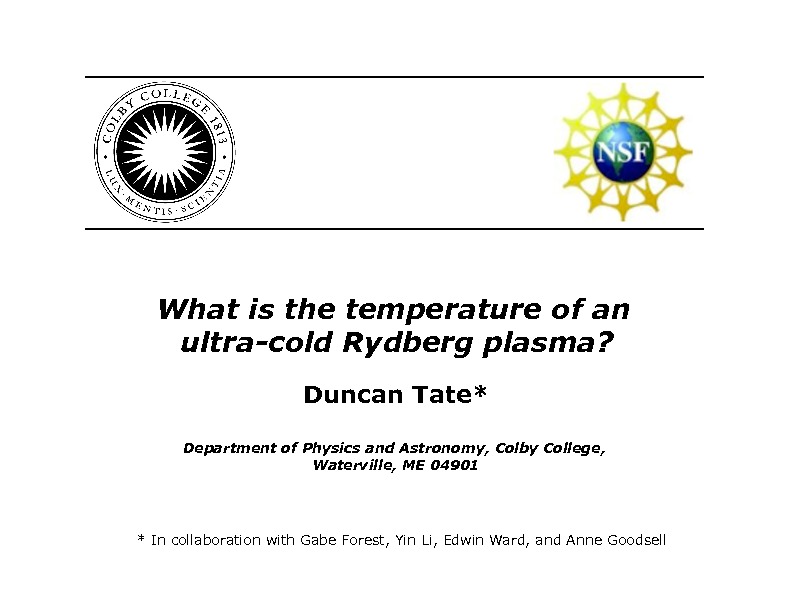