"Exploiting the bandwidth resource of broadband bi-photons: Efficient detection with a bi-photon interferometer"

ABSTRACT:
Broadband time-energy entangled photon pairs (bi-photons) from a narrowband pump are in many ways the 'black sheep of the family' in quantum information. Although they are very easily produced in large quantities and demonstrate extreme nonclassical behavior, broadband bi-photons are rarely used in quantum information, mainly because of the bandwidth limitations in detecting them with standard photo-detectors and homodyne techniques. We demonstrate complete measurement of the bi-photons wave-function (amplitude and phase) with near-unit efficiency, using a quantum interference between the generation amplitudes of bi-photons in two separated nonlinear media. I will describe experiments that employ this method with two different ultra-bright and ultra-broadband sources of bi-photons: one based on spontaneous down conversion (SPDC) in a nonlinear crystal, and the other on spontaneous four-waves mixing (FWM) in a nonlinear fiber. With SPDC we measure the quantum purity and the spectral phase of the bi-photon wave-function from the observed fringe pattern and its visibility. With the FWM source we explore the quantum-to-classical transition as pump intensity is varied, and observe quantum collapses and revivals of the interference contrast that are the signature of bi-photon generation with imaginary gain – a unique quantum regime of FWM. 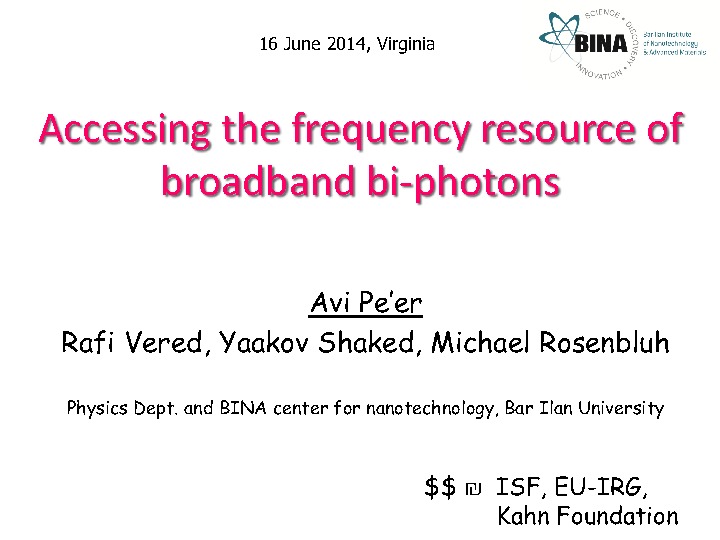