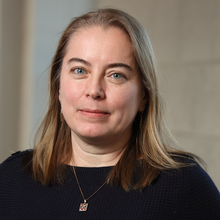 My research in theoretical particle physics is based on string theory, and I am especially interested in the connections between gauge and string theories.

Usually perceived as a theory of quantum gravity, famously predicting the existence of extra-dimensions, in recent years string theory has increasingly become an instrument used to study 3+1 dimensional gauge theories (such as the theory of strong interactions, QCD).

New methods for approaching QCD became possible through a duality between string theory formulated on a curved background (typically anti-de Sitter or AdS) and a conformal field theory (CFT) living on the boundary. This is referred to as the AdS/CFT duality. When AdS/CFT duality was extended to include non-conformal gauge theories, it become known as the gauge/string correspondence. The dual string theory can be used to probe the strongly coupled regime of the gauge theory. Through the gauge/string duality, we now have holographic descriptions of mesons, baryons and glueballs.

In addition, I am also interested in perturbative aspects of QCD. 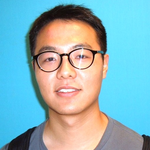