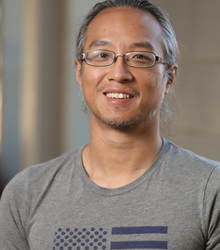 A central theme of condensed matter physics is the study of systems with emergent collective degrees of freedom that can behave very differently from the microscopic individual constituents from which they arise. Quantum mechanics provides a further topological twist to the conventional theory. Due to strong correlation effects, the quantum ground state of a condensed matter system can be spatially entangled to an extent where its emergent quasiparticles behave so exotically that they are impossible to be realized by conventional fundamental particles. For example, an excitation in a fractional quantum Hall state can carry a fraction of an electric charge and obey fractional statistics, but at a fundamental level these excitations are the collective behavior of integer charged, fermionic electrons. These quantum entangled topological phases of matter are typically gapped and cannot be unentangled by any adiabatic process without closing the excitation energy gap or violating a symmetry. As a result, the unusual characteristics of their emergent quasiparticles are robust against perturbations. Interestingly these phases also can have tremendous implications for applications  including dissipationless electric transport and topological quantum computation.

My research is centered around topological phases of matter, the realization of exotic quasiparticles as topological defects, and the search of topological materials.

Ising anyon (zero energy Majorana) quasiparticles have the ability to store quantum information non-locally in space to act as robust quantum bits. Recently, there have been theoretical proposals for realizing the even more exotic fractional Majorana quasiparticles in fractional topological insulator heterostructures, and in dislocations of a bilayer quantum Hall fluid. We recently demonstrated the statistical distinction between semiclassical topological defects and quantum deconfined excitations at a fundamental level. For example, the spin statistics theorem is modified for defects, and exchange-braiding relations satisfy a new set of algebraic structures. In fact, our framework is applicable to the general scenario, and will be valuable to all investigations of exotic defects.

Zero energy Majorana bound states at lattice defects in topological crystalline superconductors
Although Ising anyons can appear in the vortices of a chiral p+ip superconductor (SC) or topological insulator-superconductor heterostructures, there are technical drawbacks in both systems. In recent work we explored a new possibility of getting around the subtleties of controlling external magnetic vortices and continuous proximity interfaces by considering crystalline defects in an otherwise homogeneous system. In this case the non-Abelian excitations can appear at  topological lattice defects, such as dislocations and disclinations. Our focus was on two dimensional topological SCs with lattice translation and rotation symmetries known as topological crystalline superconductors (TCS). The existence of non-Abelian bound states at crystalline defects is a bit unexpected and contradicts the conventional wisdom that the low energy effective description of the electronic system should decoupled from the underlying lattice. We showed this effect results from the intertwined spatial symmetry and topology in the TCS states. Even when bulk crystalline defects are absent, our result extends to corners on the boundary of the bulk crystal. The results of this work are widely applicable to the large class of fourfold symmetric layered perovskite superconductors and threefold symmetric doped graphene or transition metal dichalcogenides.
Search and classification of topological crystalline materials
Previously, we gave a classification of crystalline superconductors in two dimensions where the non-trivial topology is protected by the lattice symmetry of the system. Recently, the well-studied material Tin Telluride was revisited due to its previously ignored mirror symmetry protected surface gapless modes. In general, topological phases can be protected by space group symmetries in three dimensions, which involve much richer structures such as screw axes, glide plane, nonsymmorphic symmetries and magnetic structures. A general description of the subject would be thus be very valuable for material science as many previous investigations of materials (even seemingly exhaustive studies) may have overlooked important hidden topological features. 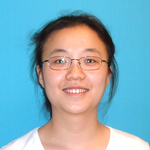 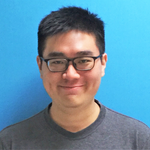 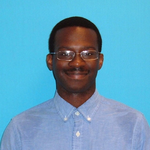