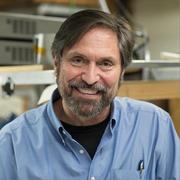 ... researchers have found intriguing new evidence on how the different kinds of quarks behave inside protons and neutrons. The data and insights, which were published in the journal Physical Review Letters, have recently received further support and scrutiny from theory.

Gordon Cates, a physics professor at the University of Virginia, is a coauthor on the paper. ...

"The original diquark that was conceived by people was really a point-like object, of two point-like quarks sitting right next to each other, almost indistinguishable. And that's probably not what's going on. The diquarks that are being suggested here are a little on the fuzzy side, not quite the point-like things that were imagined years ago," Cates explains. "There are at least two serious calculations that very clearly suggest the diquark is real. So we see these behaviors, and they're unexpected. And they do seem to have some very interesting implications."