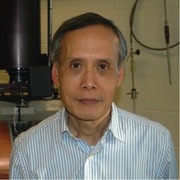 Joe Poon has been selected as the recipient of the 2020 Jesse W. Beams Research Award which is given annually by the Southeastern Section of the American Physical Society. The award will be bestowed (virtually) during the 87th Annual Meeting of the SESAPS, November 4 – 5, 2020.

Poon's citation reads:
"In recognition of his  keen physical  insights and significant contributions to a broad range of topics in experimental materials physics.  These include ground breaking work on the first aluminum-based and nonmagnetic iron-based metallic glasses, novel work on alloy quasicrystalline phases and nano-crystalline aluminum alloys, and work in thermo-electric materials."

Here is a description of the Award from the APS (https://engage.aps.org/sesaps/honors/prizes-awards/beams):

"The Jesse W. Beams Research Award, first presented in 1973, was established by the Southeastern Section of the American Physical Society to recognize especially significant or meritorious research in physics, the major portion of which was carried out while the recipient was resident in the ten-state region of the Southeast. The award is named for Jesse Wakefield Beams, a remarkably broad and productive experimental physicist who received his Ph.D. from and spent most of his career at the University of Virginia. ... The Beams Award honors those whose research led to the discovery of new phenomena or states of matter, provided fundamental insights in physics, or involved the development of experimental or theoretical techniques that enabled others to make key advances in physics, and the contributions of the award recipient should have received the critical acclaim of peers nationally and internationally."