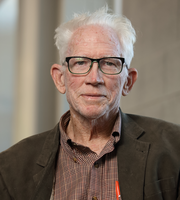 The atomic nucleus is made of confined nucleons in constant motion dominated by their interactions with the mean field of the nucleus - that is the average potential generated the many body system. This mean field spawned motion is called the Fermi motion and is a function of the atomic number.

It is known for a long time that this picture of lumbering nucleons in a mean field is incomplete. The strong repulsive feature of the nucleon-nucleon (NN) interaction at short distances prevents nucleons from becoming close to each other and these short-range interactions generate highly energetic nucleons. A new Jefferson Lab experiment has quantified the effect and found that fully 25% of the protons in heavy nuclei move at velocities exceeding one quarter the speed of light!

This work is the product of the thesis experiment of former UVa graduate student Nadia Fomin who was advised by UVa Research Professor Donal Day. More can be read at
http://people.virginia.edu/~dbd/Annoucement/UltraFastNucleons.pdf