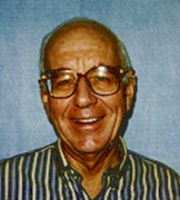 Memorial Resolution for Klaus O. H. Ziock, read to the Faculty of Arts and Sciences on December 9, 2010, by Prof. Ralph Minehart:

Klaus was born on February 4, 1925 in Herchen, Germany. Following service in the German army during World War II, he received a Dipl. Phys. in 1949 from the University of Bonn, Germany. From 1950 to 1954 he worked as a physicist in the Research and Development Department of E. Leybold's Nachfolger in Koeln, Germany. During this period he published several papers on vacuum technology and was awarded six patents for vacuum devices. He returned to the University of Bonn to earn his advanced degree under the direction of Wolfgang Paul, who won the 1989 Nobel Prize in Physics. He received the degree of Rerum Naturalium Doctor in 1956, and remained for two more years at Bonn as an Assistant in Physics. From 1958 to 1960 he was employed as a Research Associate at Yale University, working with Professor Vernon Hughes. He served on the Yale faculty as an Assistant Professor of Physics from 1960 to 1962. In 1962 he joined the University of Virginia as an Associate Professor, serving as the Acting Director of the newly formed Virginia Associated Research Center. He spent a year as a Visiting Scientist at CERN from 1969 to 1970. He was promoted to Professor of Physics in 1972. After receiving an American Senior Scientist Award from the Alexander von Humboldt Foundation of Germany in 1977, he spent a year at the Swiss Institute for Nuclear Science. He was a member of the American Physical Society.

His pre-doctoral work centered around the study of atomic spectra with his dissertation on the measurement of the oscillator strength of the 3,720 Angstrom iron resonance line. His association with Professor V. Hughes at Yale University culminated in the successful production of muonium and verification of its existence at the Columbia University Nevis Cyclotron. Muonium, which consists of a bound positive muon and an electron, has since played a major role in precision fundamental measurements in quantum electrodynamics. Continued studies of fundamental properties of muons and pions were an important thread in the remainder of his career. At the University of Virginia he played a seminal role in the creation of a highly successful Medium Energy Experimental Group in the Physics Department. At the Space Radiation Effects Laboratory he instituted a program to study nuclear properties with pion and muon capture. In 1970 this program was transferred to the Meson Physics Facility at Los Alamos, NM, where he carried out a long series of experiments until his retirement in 1995. His last work at Los Alamos was a major contribution to the apparatus for the MEGA experiment, a large-scale program to search for the decay of a muon to an electron and a gamma ray. This decay is forbidden by the so-called Standard Model, but predicted to occur with extremely low probability by some modern theoretical hypotheses. Following his sabbatical year at the Swiss Institute for Nuclear Science he continued an active program there through experiments on the properties of muons and pi mesons and their interaction with nuclei. He also conducted in his Charlottesville laboratory an extensive search for fractionally charged particles (quarks) predicted by the Standard Model using magnetic levitation of 30 microgram steel spheres.

Klaus was an excellent and devoted teacher in the classroom and the laboratory. He was the Ph.D. adviser for 15 graduate students. He wrote an undergraduate textbook, Basic Quantum Mechanics, published by John Wiley and Sons in 1969. The book was greatly enlivened by his amusing and instructive cartoons and by his unique brand of humor.

Klaus's devotion to rigorous experimental research was matched by his devotion to his close-knit family, who enjoyed a rich life together. Not only Klaus, but his entire family profited from his European sabbaticals and summers in New Mexico. The summers included extensive exploration of the geology and Native American life in the Southwest. His sons have all gone on to lead successful lives, with the elder two following in his footsteps as experimental physicists. After retirement from U.Va. he and Uschi moved into a house at the foot of Sandia Mountain in Albuquerque, NM, which provided an excellent base for continued exploration and enjoyment of the American Southwest. His love of travel was also gratified by frequent ocean cruises to the Caribbean and farther afield. As a friend and colleague, he was always honest, aboveboard, and willing to provide help whenever he could. His friends around the world will miss him.